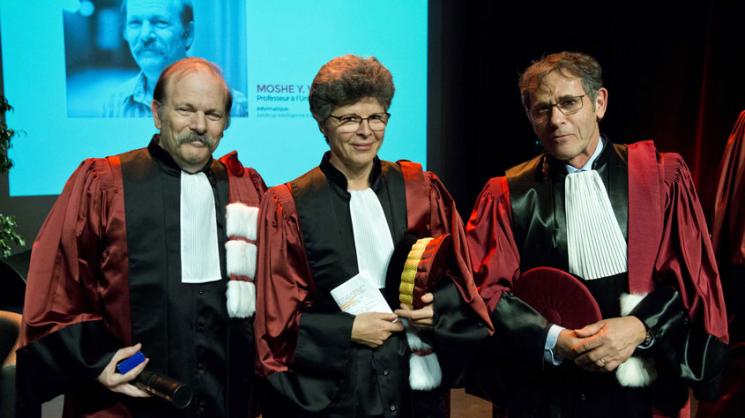 Moshe Vardi, University Professor and Karen Ostrum George Distinguished Service Professor in Computational Engineering at Rice University, has been awarded an honorary doctorate by the Université Grenoble Alpes in France.

In a ceremony held Nov. 26 at the university, Vardi was recognized for his “significant contributions in four sectors of computer science: database theory, common knowledge, computer-aided verification and finite-model theory.”

In addition to citing his technical accomplishments, the Université Grenoble Alpes praised Vardi’s “great interest in the societal impact of technologies, as well as the role of computer scientists in our societies.”

Industrial and Applied Mathematics. He is a foreign member of the European Academy of Science and Academia Europaea.