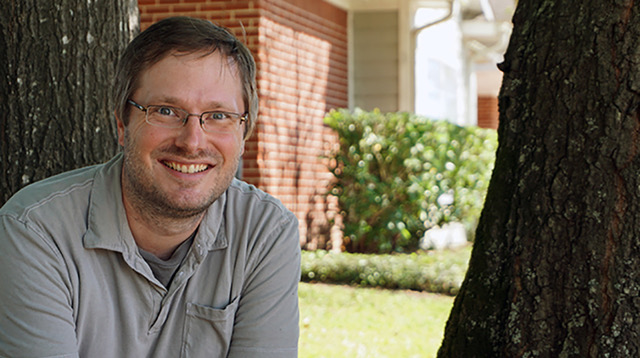 This morning, Adam Wulf is headed to prison. It’s a monthly commitment he’s made to help train inmates as future entrepreneurs.

“I’d always been looking for a way to give back.” said the Rice University Computer Science alumnus (B.A. ‘05). “I love entrepreneurship, so, when I heard about the Prison Entrepreneurship Program, I had to get involved. PEP’s results are amazing, and I’m lucky to have participated for the past year and a half.

“In Texas, recidivism is near 25% - that means one in four inmates return to prison after they are released. But recidivism for graduates of PEP is dramatically lower because the program provides them with the skills to thrive within a job setting. After being out a year, 97% of our graduates are still employed.”

Although not all of PEP’s graduates become entrepreneurs, the business savvy they learn makes them more effective and engaged employees. The program is restricted to inmates who are on target for release in one to three years and are willing to commit to the nine-month program.

Wulf said, “The inmates spend the first three months on character development. They have to learn to deal with what got them into prison. As they unpack that, open up, and start changing internally, the inmates are ready for the final six months when they develop a business plan.”

The inmates’ startup training is a condensed college-level entrepreneurship program --modified for zero Internet access. The students come in with a business idea, often for a welding rig, a body shop, or a food truck, and meet with mentors to complete each stage of the program. Their entrepreneurship training culminates in a pitch competition, a certificate of entrepreneurship from Baylor University, and a graduation event many of the inmates’ family members attend.

Wulf said, “They’ve learned how to pitch their company and ask for investment. If they are launching a welding business, they can show how the money will be invested in a truck or rig, where their customers will come from, how they will meet expenses, and how they are projecting their profit. Many of them do start their own business. The others become good employees, moving up through the companies they join.

“On any given month, there about 40 volunteers working with 100 students in the program, multiplied across Texas by three or four prison units. As soon as I heard about it, I knew I had to get involved. It’s a way to give back and help out guys who didn’t have the same chances as I’ve had, and it’s really been an honor to volunteer with PEP.”

Wulf’s first startup began as a moonlighting project while he worked as a software engineer by day. One year after he took the leap from full-time employee to full-time entrepreneur, his company was acquired by Jive Software.

His second venture yielded Here, File, File - an iPhone app that won the App Star award in December 2009. His third startup is an open-source note-taking app designed for iPads.

Wulf’s outward focus began with the sale of his first company. He said, “When Jive Software acquired us, I stayed on for three years and that’s when I learned some important lessons about what it’s really like to be on a team.

“Making that shift in mentality meant focusing less on being an all-by-myself software engineer and more on making sure every member of the team succeeds and we all deliver on time. I was learning the best in life comes from being the most helpful you can be.”

His most recent career shift has been prompted by evaluating what “enough” looks like. He believes success can be simple: a dependable income, a stable family, and adequate security to spend time giving back.

“Only in the past couple of years have I figured out ‘enough is enough.’ When I was focused on growing my resume and increasing my salary, I thought it was because I needed career choices. One startup I was at was sold to a Silicon Valley company; I moved there, got caught up in the ‘bigger, more, promotion’ cycle, and it sucked the soul out of me.

They moved back to Houston to be closer to family and Wulf spent the next two years building his next product, with mixed results.

“Because I’m an engineer, I nailed the feature set. But I am not a sales guy and it failed catastrophically when I went to market. So I shifted 100% of my focus to learn marketing, and over the next few months started to turn it around, but I had shifted my focus too late. I ran out of cash and shut it down. Instead, I started doing contact work to pay the bills. It was an humbling time, but also an incredibly valuable experience. It taught me so much about marketing, planning, and product fit that I’m still using today.”

Although he missed the ingenuity and freedom of building his own company, Wulf found contract work gave him freedom to continue his own projects on the side while maintaining a steady income and time to volunteer with local entrepreneurship organizations like OwlSpark, Red Labs, Station Houston, and PEP.

“This shift in my career has also helped me discover the rewards of giving back,” he said. “All my work is remote, so, some days, I show up at a coffee shop and code and drink coffee all day, and I really love that.

“Other days I rarely touch the computer. I drive to the prison or to Station Houston and have office hours with a couple of startups, or maybe go to Rice and help out with one of their entrepreneurship classes. I’ve found a really good balance between using my skills to support my family and using them to give back to others."

To get involved with PEP, learn more at www.pep.org.