Both data scientists & statisticians work with data, but the problem solving techniques and size of data distinguish the two fields. Learn more from Rice. 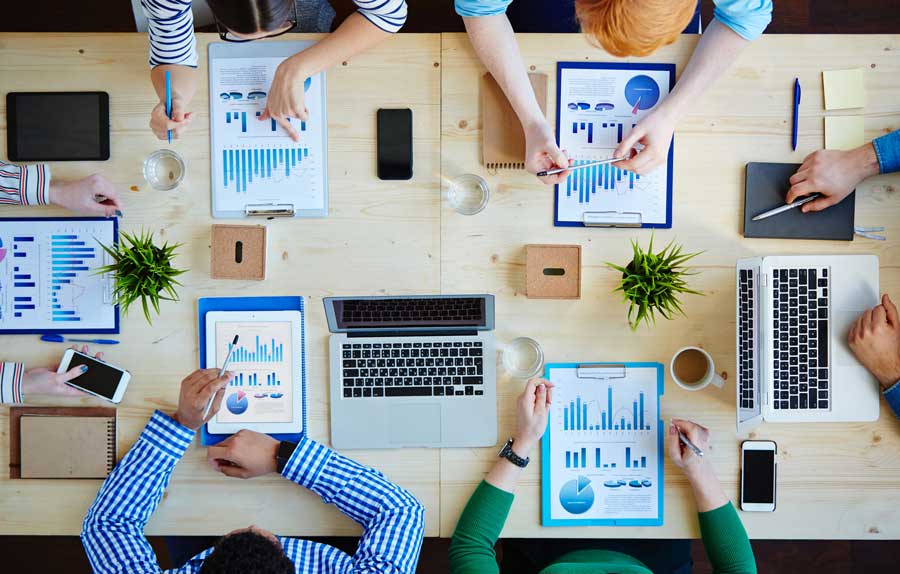 As professions and skills areas, data science and statistics are related in that both fields work with raw data, and then seek to convert that data into insights. The main difference between them is that Data scientists must understand and employ graduate-level statistics, computer science and programming in their work, whereas Statisticians generally have very strong math skills but are not educated in computer science. This article will explore the similarities and differences between the two disciplines in career paths, skills, education requirements, and more.

When comparing data scientists vs. statisticians, you’ll see that there are similarities and differences in the way they solve problems with math formulas and data. Data scientists acquire, clean, structure, analyze and model data to identify trends and themes, generate useful insights and make predictions. Part computer scientist, a Data scientist collects large data sets and builds machine learning algorithms to analyze and process this "big" data at scale. They also visualize the data to communicate patterns and persuade business colleagues and executives to adopt their data-driven recommendations.

In contrast, the data sets that statisticians work with tend to be smaller than those of data scientists. While statisticians can apply their statistical models to solve a variety of problems, they often work in market research, survey design or polling within industry or government settings. As market researchers and analysts, they design experiments and tests using the appropriate statistical methods, look for cause-effect relationships (causation vs. correlation), ensure sufficient sample sizes, and try to quantify outcomes in a meaningful and intuitive manner for recipients of their reports. The statistical modeling required in statistics and data science does overlap, but statistics doesn't require the sophistication of computational tools and programming languages used by data scientists to manage big data.

Both data science and statistics professions require advanced graduate degrees. Preparation for these fields differs most in the areas of focus within those degrees.

The educational requirements for a career in data science typically begin with a bachelor’s degree in a STEM area: for example, math and statistics, economics, computer science and programming languages (preferably Python, R or SQL). After that, a master’s in data science is typically required for career advancement as a Data scientist within the leading companies. Any advanced degrees or training should focus specifically on computational and statistical foundations, the practical application of data science methods such as machine learning, and courses in core business analytics functions like finance, operations and marketing.

Statisticians require more education in mathematical methods and formulas. For both undergraduate and graduate school, statisticians can pursue degrees in statistics, advanced mathematics, or some combination. A master’s degree is especially valuable for career advancement.

The differences in job titles between data science and statistics are mainly due to the roles that a person is expected to perform. Data scientist job titles reflect the data-driven, computational nature of these positions, while statistician job titles reflect the mathematical nature of each position. Careers in data science may include Data scientists, Machine learning engineers and Big data analysts. Statistics careers include roles such as market researchers, business analysts and statisticians.

There are some basic skills that any professional working with data should have, such as problem-solving, analytical abilities and technical "hard" skills like SQL, SAS and/or Excel. While there is some overlap in skills sets between data science and statistics, there are specific skills required for each field.

Proficiency with programming languages such as Python, R, and SQL is an important skill for data scientists because they must clean, structure and analyze big data at scale using sophisticated computational techniques. Data scientists must also be proficient in using statistical models and techniques to build effective machine learning models.

The most essential skills for statisticians are advanced mathematics and statistical modeling. The ability to perform complex calculations using calculus, linear algebra, statistics and and probability is required for a statistician. Statisticians also need to know SAS programming and experimental design.

Pursuing a Career in Data Science or Statistics

Statistics and data science are two growing fields with overlapping skills and education requirements. Understanding the differences between data science and statistics including the career outlooks, job responsibilities, and education requirements can help you decide on a rewarding career path based on your interests and experience. If you are interested in data science, machine learning or business analytics, learn more about the MDS@Rice program.