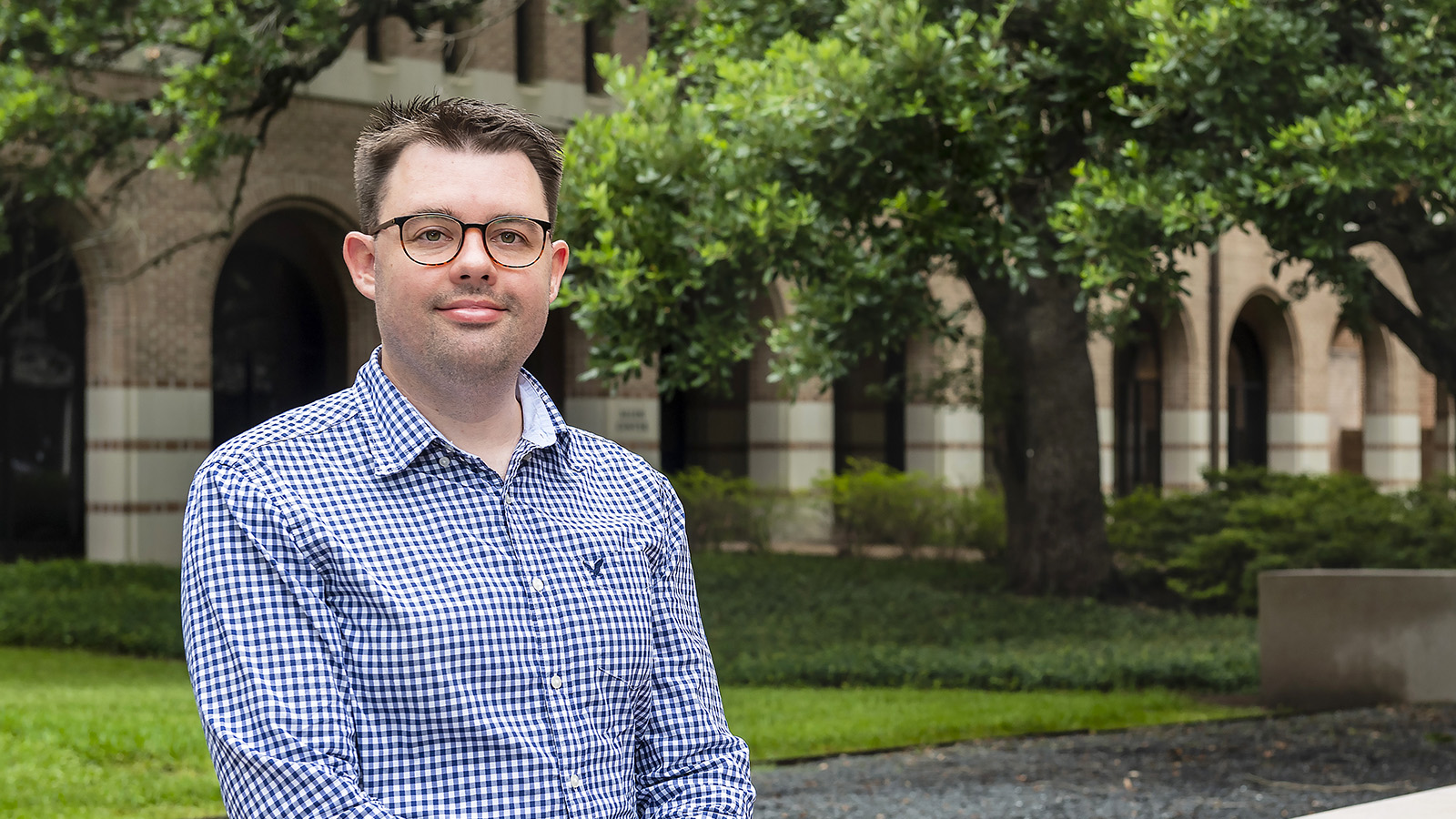 Huw Ogilvie has been named assistant research professor specializing in computational biology with Rice’s Department of Computer Science. He was previously a postdoctoral research associate in the department. He works on computationally efficient algorithms for inference of species trees and networks, as well as improving the realism of phylogenetic models.

"Computational biology has long been a strategic area of emphasis for the CS Department, given our proximity to the Texas Medical Center,” says Chris Jermaine, chair of Rice’s Department of Computer Science. “Huw's hiring ensures that we remain strong in this area."

“I am excited to move to a new stage in my career while staying at Rice,” says Ogilvie. “I can continue working with the outstanding students in the Department of Computer Science who I have been mentoring and collaborating with to achieve our research goals, and to develop their careers in computer science and computational biology.”

Ogilvie is the lead author of StarBEAST2, a widely-used method for the joint inference of species and gene trees from sequence data. StarBEAST2 implements new models for inferring per-species mutation rates and for inferring species and gene trees from serially-sampled data. He has also collaborated on the development of new methods for the inference of species networks, which are used to model the flow of genes between distinct contemporaneous species or populations, and of methods for the analysis of cancer genomes. The former include SpeciesNetwork, developed with Dr. Chi Zhang, and several methods in PhyloNet, a software package for phylogenetic inference. Ogilvie helps coordinate the development of PhyloNet together with Luay Nakhleh, dean of the School of Engineering and a Rice CS and BioSciences professor.

Ogilvie's methods and analyses have been published in highly regarded journals, such as Systematic Biology and Molecular Biology and Evolution. He has also presented his findings at leading conferences such as Evolution and SMBE, and taught at workshops such as Taming the BEAST, Phylogenomics Software Symposium and the Workshop on Population and Speciation Genomics.

“The models and methods I develop are directly motivated by wanting to understand the evolution of species and cancer, but they also have applications in the study of epidemics, and of languages and other cultural artifacts,” explains Ogilvie. “One of my goals is to make the mathematical models used in phylogenetics more realistic, e.g. more reflective of genome evolution or cancer progression in real life. This includes the addition of "reticulation" to model things like introgression, where mating occurs between different species, resulting in genes being inherited from other contemporaneous species rather than directly ancestral species (introgression is seen in modern humans with the inheritance of genes from Neanderthals and Denisovans).”

“The other major goal I have is to make these methods more scalable, which is ever more important as datasets increase, in terms of the amount of data from each sample (to the point where whole genomes are available for each sample), as well as the number of samples in a dataset,” he continues. “To achieve this, we will need to improve traditional algorithms used in phylogenetic inference, such as Markov chain Monte Carlo (MCMC), as well as to adapt and extend newer algorithms, such as variational inference (VI).”