Itzak Hinojosa on Diversity at Rice and in CS

Itzak Hinojosa discusses diversity at Rice and in CS 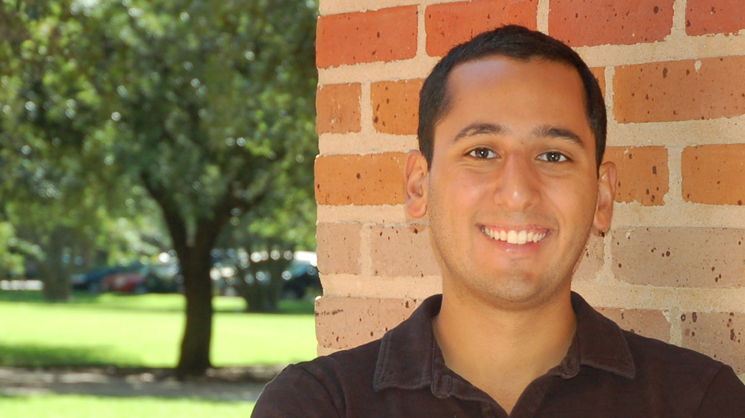 Itzak Hinojosa, one of the few Hispanic computer science (CS) graduates in the class of 2016, feels Rice does a good job creating diversity across the undergraduate student body. “I’ve been surrounded by people who look and talk like me,” he said. “And Rice gave me the opportunity to make friends I would have never have made back home, lifetime-lasting relationships with people in my college and other colleges, and also in Houston.”

When he arrived from Miami for O-Week at Rice, Hinojosa was welcomed by the Hispanic Association for Cultural Enrichment at Rice (HACER). Coming to a new city fed his curiosity to explore the other cultures on campus, such as the Southeast Asian Society and the Black Student Association. “Growing up in Miami, I definitely had pieces of Cuba, Venezuela, and Argentina, along with Haiti and the Dominican Republic influence me,” said Hinojosa. “But I’d never experienced a Lunar New Year, Soul Night or a piece of Midwest American culture until I came to Rice.”

Hinojosa saw more of Houston than many Rice students. Freshman year, while playing guitar, he was approached by another Rice student and asked to join a new club on campus, Rice’s first mariachi group. Others expressed interest in the music and they performed three songs at Valhalla during their first performance, in April 2013.

Mariachi Luna Llena was officially founded the following semester, and the group has grown in membership and repertoire since 2013. They have performed around Houston, playing for Mayor Anise Parker and Senator Wendy Davis, and opening for Los Lobos at Miller Outdoor Theatre.

“Many people wanted us to succeed, and supported our opportunities to fund raise so we could buy the instruments and uniforms we needed,” Hinojosa said. “We created a traditional mariachi with untraditional people.”

While learning a new instrument and performance style, Hinojosa was also exploring engineering majors. “Computer science is like a hidden gem of engineering,” he said. “It’s very hard to see what a computer scientist does in the real world because everything is masked by the UI (user interface).” Mechanical engineering and civil engineering are easier to see in everyday life, which may explain why more Hispanics are attracted to majors in those fields.

Hinojosa had never considered CS until another computer scientist introduced him to opportunities in the field. His first experience writing code came when a friend from high school who was studying at Stanford University invited him to Silicon Valley for the summer to help him start a new company. There he worked with others who taught him the fundamentals of coding and CS, and exposed him to other startup companies in the Bay Area. Hinojosa left the experience with a new appreciation for computer science, and he changed his major when he returned to Rice.

Increasing awareness of CS opportunities for other under-represented students may be a long process, he said. “Maybe if Hispanics, as with other races and cultures, were more exposed to coding at an early age, then we would see a greater number of Hispanic CS graduates.”

As one of those recent graduates, Hinojosa is taking his time to find a strong match for his skills and interests. He said, “I’ve had internships with GE and Verizon, and I’m grateful for those opportunities, for everything they taught me and what I learned.” Now he is looking for a smaller tech company where employees acclimate and respond rapidly. “What I’m passionate about is a company that can cater to a changing demand and evolve quickly,” he said.

With an entrepreneur’s mindset, his long-term goal is to apply what he learns working in startups to his own business. “My dream is to own my own company. To pour myself into the company and take care of it, putting a little piece of me into it for however long it may last.”