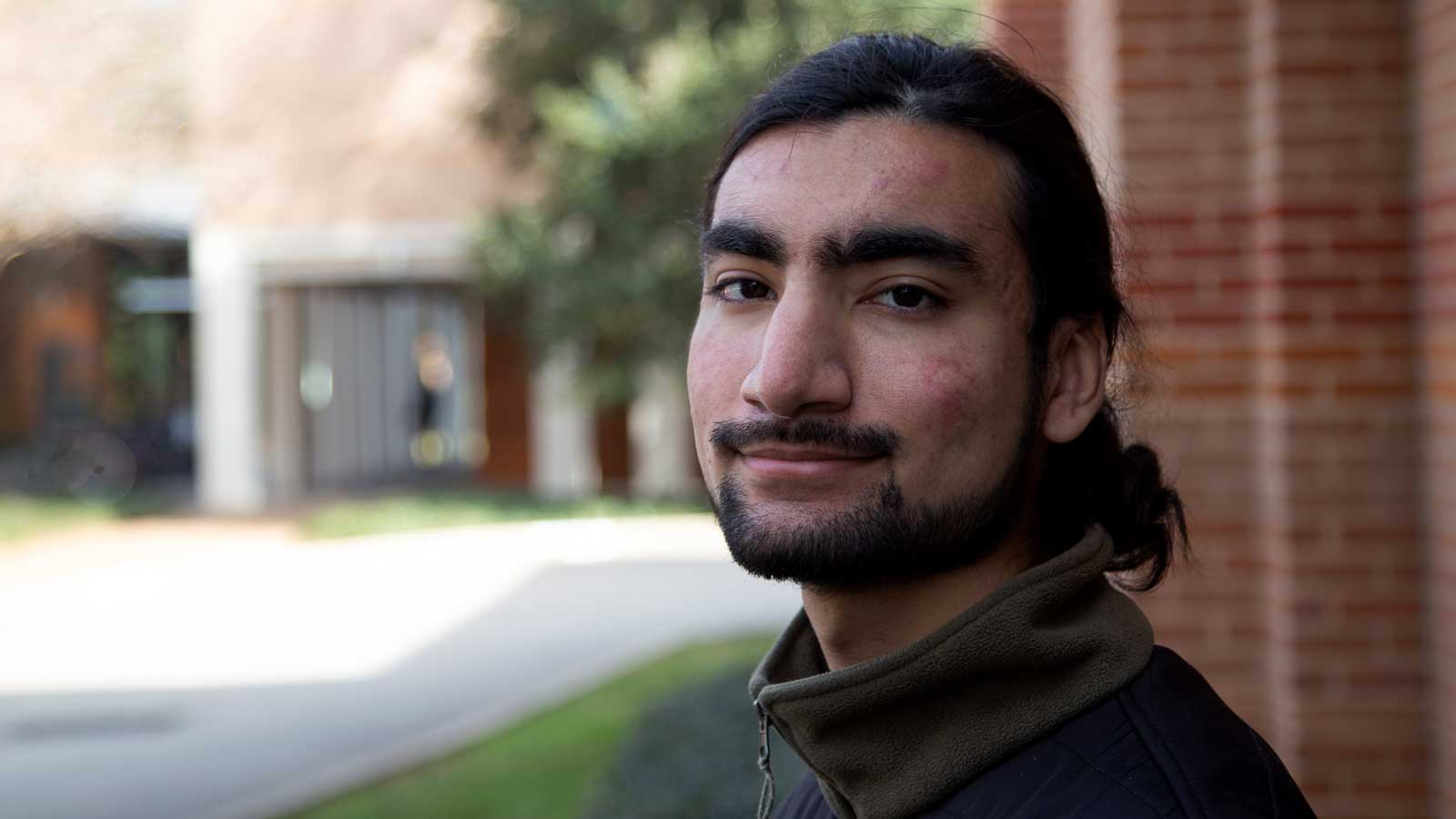 Moshe Vardi is a world-renowned, much-honored computer scientist who has been teaching undergraduates at Rice since he arrived in 1993. It has been challenging for some of them to grasp his advanced research.”

“My research area is very mathematical and requires students to be quite sophisticated mathematically. They cannot really work with me unless they have taken my course,” said Vardi, University Professor and the Karen Ostrum George Distinguished Service Professor in Computational Engineering at Rice.

That course is COMP 409/509: “Logic in Computer Science and Artificial Intelligence.” Among the undergraduates who have taken it is Shaan Nagy, a senior who graduated in the spring of '22 with B.S. degrees in computer science and mathematics.

“Shaan is one of these bright students,” Vardi said. “He is an undergraduate, but I work with him as if he were a Ph.D. student. I ask him to read deep research papers, absorb them and apply them to the problem we are studying. I do little handholding, as the goal is to teach them to be independent researchers.”

The problem Nagy is researching is the computational complexity of the Ising model partition function. Named for the German physicist who described it a century ago, the Ising model, in the simplest terms, is a mathematical model of magnetism. Imagine a lattice of magnetic spins, each in one of two states, +1 or -1, each corresponding to two orientations for the magnetic moments of atoms.

“This is a widely used model with many applications; neural networks and biophysics, for example. It can help us understand such physical phenomena as sea ice melting,” Nagy said. “The Ising model gives us insights into how local forces create global patterns.”

The Ising model imitates behavior in which individual elements — atoms, protein folds, even social interactions — modify their behavior to conform to the behavior of other individuals in their vicinity.

Nagy is drafting a paper on his work with the Ising model and preparing a one-hour presentation of his research.

“It’s the mathematical aspects of computer science that interest me most. That’s what I plan to pursue in graduate school. Professor Vardi has been my guide,” Nagy said.

In the fall semester, along with classes in computer science and mathematics, Nagy enrolled in courses on modern American fiction and contemporary poetry. On his LinkedIn profile he writes:

“I enjoy comparing and combining the fundamental elements of thought underlying different fields. I am currently seeking unique opportunities to understand the world in different and novel ways.”

“Shaan is proving that he will develop into an independent researcher,” Vardi said. “I have high hopes for his future research career.”

This profile is part of a series about undergraduate student research.