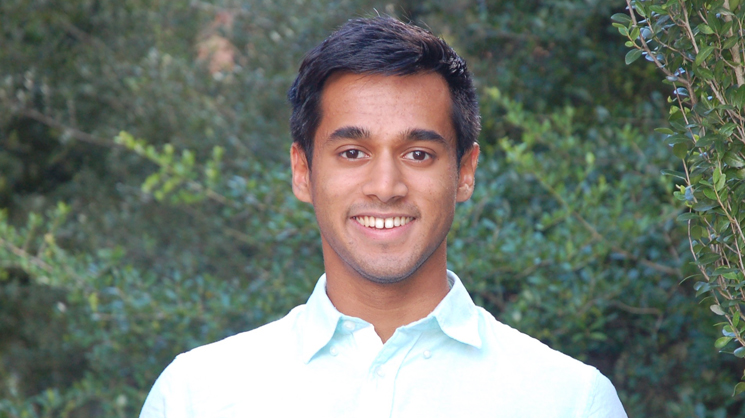 Ethan Perez arrived at Rice with a solid math background, but little coding experience. “I developed almost all my technical skills here, at hackathons, or at my internships,” he said. As a freshman, he was offered a summer internship with Google, and he accepted an Uber internship as a sophomore. “I wouldn’t have been able to get through my technical interviews with Google and Uber without COMP 140 and COMP 182,” he said.

Comparing his two very different internship experiences, he said, “Google does so many things the right, most well-thought-out way. They have the money, time, and resources to do so, so I learned what really well-written code and many other best practices look like.” He also appreciated their internal resources like search tools, documentation, and, of course, the perks. “It was almost absurd — foosball tables, slides, volleyball courts, and food – like sushi – all the time.”

Throughout his summer in the Bay Area, Perez grew an interest in working for a startup, so after he returned to Rice for his sophomore year, he sought out a smaller company for his next internship. Although Uber had thousands of employees, their projects and unprecedented growth captured his attention. “When I started, they had several thousand engineers, and it still felt like they were doubling in size every six months,” said Perez. “That kind of rapid growth impacts everything. Some teams are working independently, some are more established, some are fighting fires. It was really cool to be there and see all the issues companies run into as they are scaling up so quickly.”

For his next internship, he hopes to work on a project in a ground-breaking area. “After my experience at Uber, I know what projects excite me, and I learned about many up-and-coming industries through the KPCB Fellows program. We had the opportunity to hear venture capitalists and CEO’s talk about what they see on the horizon.”

He elaborated that his interests include more in-depth work with machine learning and artificial intelligence and credits Rice to much of his knowledge in the area. “Dr. Subramanian and COMP 540 did such an awesome job of teaching me Machine Learning. I knew all the algorithms I needed this summer working on fraud detection at Uber.”