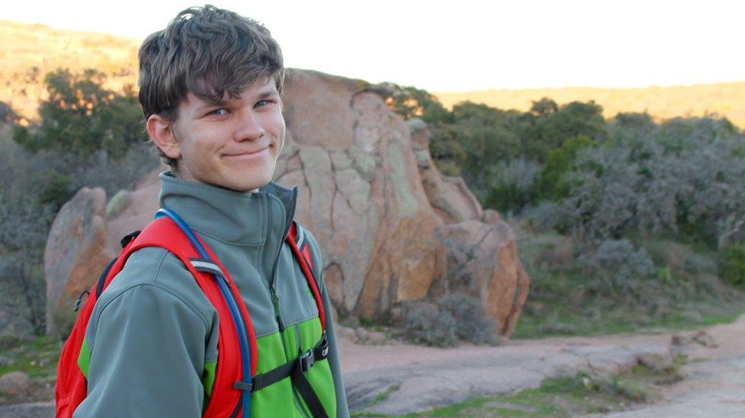 Bryce Willey recently won the Computer Science Junior Merit Award at the end-of-year picnic hosted by the Rice Engineering Alumni. “I first heard about the award last year,” he said, “so when the invitation to apply came out in January, I started the application process.”

Although it seems pretentious to apply for an award that recognizes merit, Willey said other students should definitely apply next year. One of his tips for success it to focus on your accomplishments and goals. “When I was writing, I put a lot of emphasis on my future plans, described my current research, and showed how the research I am doing in the Kavraki Lab now ties into my plans for the next two years.”

Willey recognized his passion for computer science at Ball High School in Galveston, Texas, when their robotics team needed programmers. “When I found an intro book and started teaching myself to program, I realized I loved it more than any subject I’d learned so far. To me, the right major is the one you want do in your free time.” Once he arrived at Rice, he said every class and activity has supported his choice of both his majors.

Willey is a dual CS and Theatre major. “Outside of class, I’m active in the theatre community at Rice,” he said and his roles have included sound designer, producer, building stages, or anything else the crew needed him to do. But he strives for balance across his life. He tries to have a side coding project going throughout the semester. Willey said, “I’m currently improving my team’s HackRice app from this year in hopes of being good enough to release on the Android Play store.” And he lives off-campus with his two dogs. “Taking them to the park is the best part of my day!”

Bryce Willey at Enchanted RockOne of Willey’s favorite photos was taken on a hike to Enchanted Rock. “You won’t find me in Silicon Valley,” he said. “I rediscovered camping and hiking during my free time last summer in Boulder.” Willey spent that summer interning at Google in Boulder, Colorado, working with their Engineering Productivity team and their continuous Integration system. He said, “This summer, I’ll be with Google’s Engineering Productivity team again –but in Zurich, Switzerland– and I’ll be building smarter UI unit tests. I don’t mind working for a big company, because you have a lot more opportunity to change roles, and a lot more security.”

As interesting as he finds working for large organizations like Google, research also captivates his attention. At the end of his freshman year, he emailed several CS professors to ask about research opportunities. “Lydia Kavraki responded that I didn’t have enough experience yet, but to contact her again after I’d taken her class,” he said. “So after taking the class, about a week before the semester ended, I approached her again about research.”

Willey already had the Zurich internship lined up, but Kavraki encouraged him to join her lab on a semester long project to start. Willey said, “In the Kavraki lab, we’re working on a system-wide solution to have a robot do a high level jobs, like cleaning off a desk. But how does the robot break down a big job into smaller tasks, and in what order?”

Baxter is the robot Willey is working with in the lab. “It’s not really humanoid, just two arms that it can grasp and move things with,” said Willey. The researchers can track certain markers on the robot – like on the end of its hand, but the webcam doesn’t have depth sensing built in. Willey said, “My project is to switch out the camera for an Xbox Kinect and to determine the difference in quality between the web cam and the Kinect.”